Okaya Electric Industries Co., Ltd. was established in 1939 in Tokyo. At present the company employs more than 2100 people and owns three production plants in Japan, as well as one factory in China and one in Sri Lanca.
Undoubtedly, Okaya is one of the longest operating companies in the industry of film capacitors and it is also one of the largest manufacturer of interference suppression capacitors in the world.
Apart from type X2, X1 and Y2 capacitors, the company also manufactures capacitors of the Snubber RC type, intended for pulse operation and capacitors used in PFC circuits.
Within its portfolio Okaya also has a vast assortment of safety devices and power line filters. For many years Okaya Electric had manufactured for the needs of the Japanese and American markets, and hence its products have virtually not been present on the European market, whereas the offer has thus far been addressed exclusively to manufacturers, to the exclusion of distribution companies.
Amongst the customers of Okaya we will find the leading manufacturers of electronic equipment from Japan, the USA and other countries. The Japanese company supplies its products first and foremost to: Sony, Panasonic, Toshiba, Hitachi, Sharp, Sanyo, Fuji, Epson, GE, Schneider, Siemens, IBM, HP, Motorola or Electrolux and Whirlpool.

The most popular products manufactured by Okaya include polypropylene capacitors of the following series:

The company is ISO-9001 and ISO-14001 certified, while its products are compliant with RoHS. 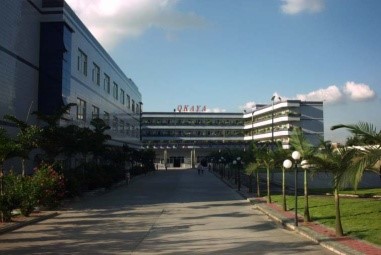